Vacuum separator - use of 3D printing for machine and device construction

The Forest Technique Centre in Jarocin is an institution that deals with, among other things, designing and manufacturing machines and equipment for forest management. The Centre's offer includes, among others, plant growing machines, equipment for soil preparation and clearing of logs, tools for forest protection, and plant care. However, the Centre is still developing new solutions, for which it has been using a 3D Galaxy ATMAT printer since 2020.

3D printing works well in many industries. But not all of them see the advantages of using this technology yet. However, the awareness of businesses and engineers is increasing. 3D printers enable prototyping, but also the production of constructional elements, or simple unitary parts, whose production costs would be unparalleled with traditional methods. Moreover, as the international lockdown has shown, 3D printing also works well to maintain continuity of production in situations of delayed delivery in companies. When importing a component is more than challenging, 3D printing enables the manufacture of the part needed to continue the process. 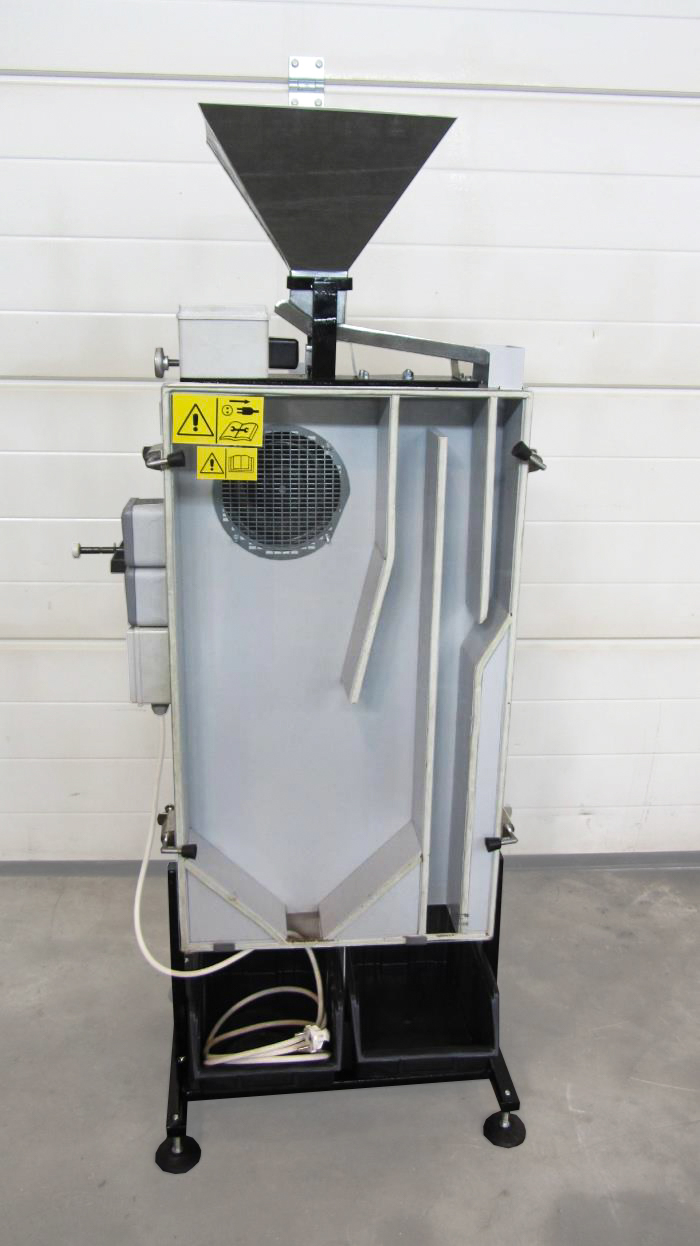 Vacuum separator - the device with the 3D printed elements

The advantages of 3D printing in FDM technology have been noticed by specialists from the Forest Technology Centre in Jarocin, who in January this year purchased a 3D Galaxy printer with a 400 x 400 x 500 mm working area. The Forest Technique Centre carries out seasonal production - the product offer is changing, but the device capable of producing any geometry set by the project can be particularly useful. The center currently has about 150 different products in its offer. One of the projects that have been realized so far is the Vacuum Separator. It is a device that cleans and sorts contaminated seeds of forest trees. Such seeds are obtained during the process of husking and flanking.

The device allows for dividing the dosed material into two fractions and separating them from contaminants. The treatment is possible in case of seeds with a specific weight and shape, which can be gravitationally sorted. 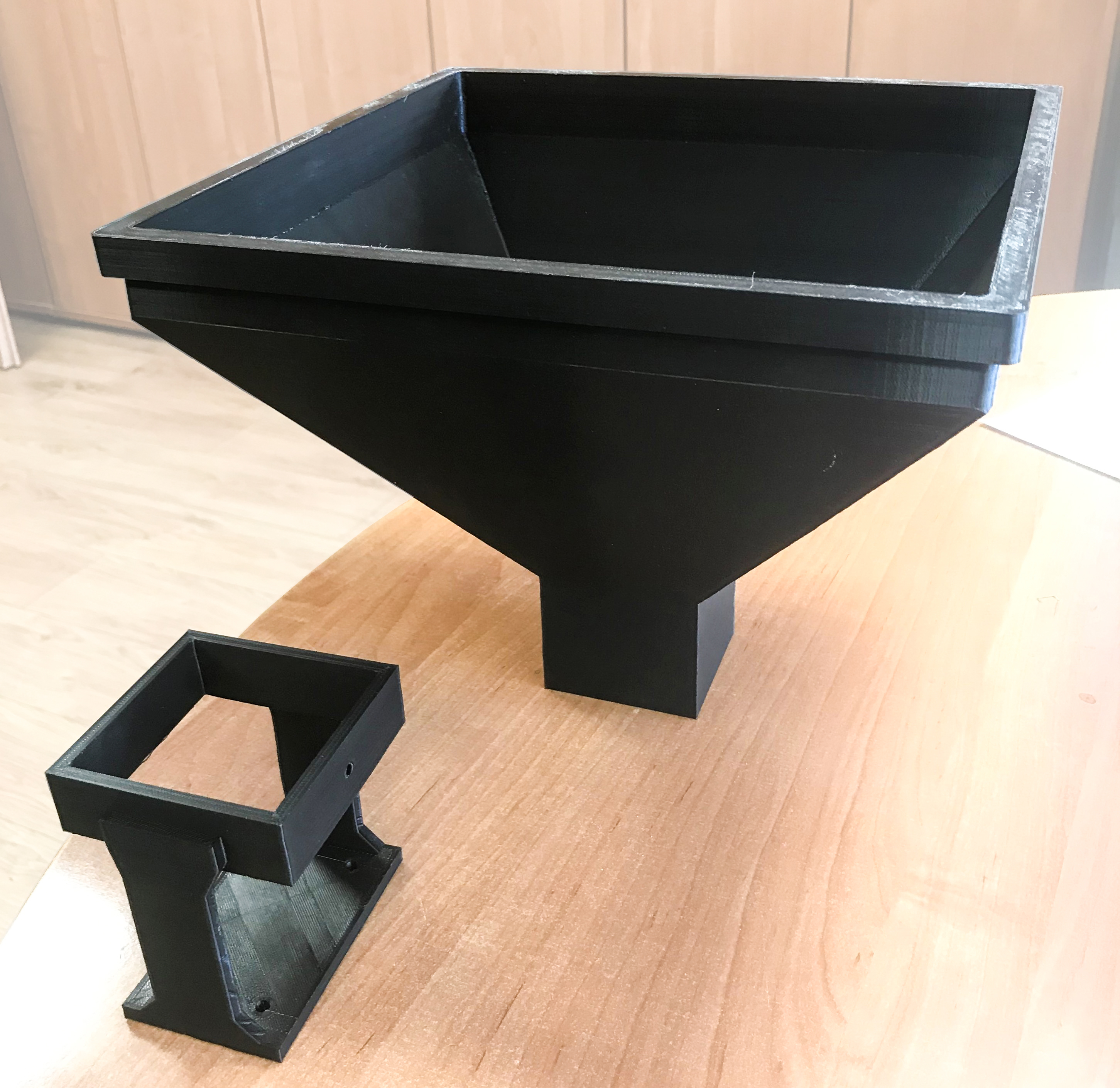 3D printed parts to the device

For their production, the PET-G material was used.

The components we've printed are time-consuming and expensive, even taking into account the base of the funnel. In the traditional technology of making an element, several labor-intensive locksmiths and welding works have to be done.  While in the case of 3D printing, it is much easier, and the elements are just as durable. In the case of a PET-G printout, the price of the product has been reduced significantly.

in The Forest Technique Centre in Jarocin

In the future, the Galaxy 3D printer will be used for further projects. Due to the large size of the workspace and good reproduction of details, the GALAXY 3D printer can be successfully used to produce both small and relatively large components for prototyping, as well as the final models, reducing production time and costs. 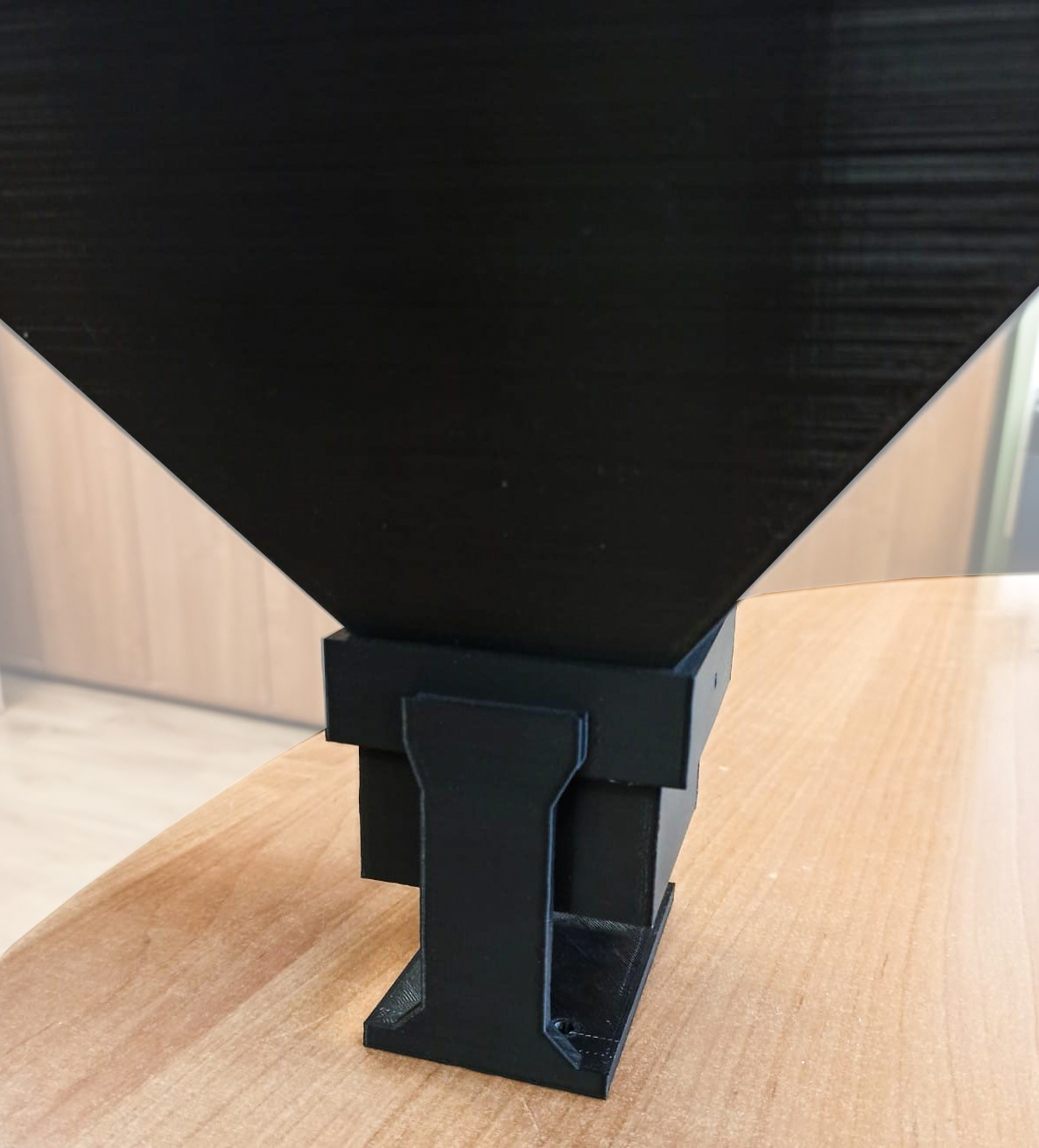 Connected elements - the funnel and its base